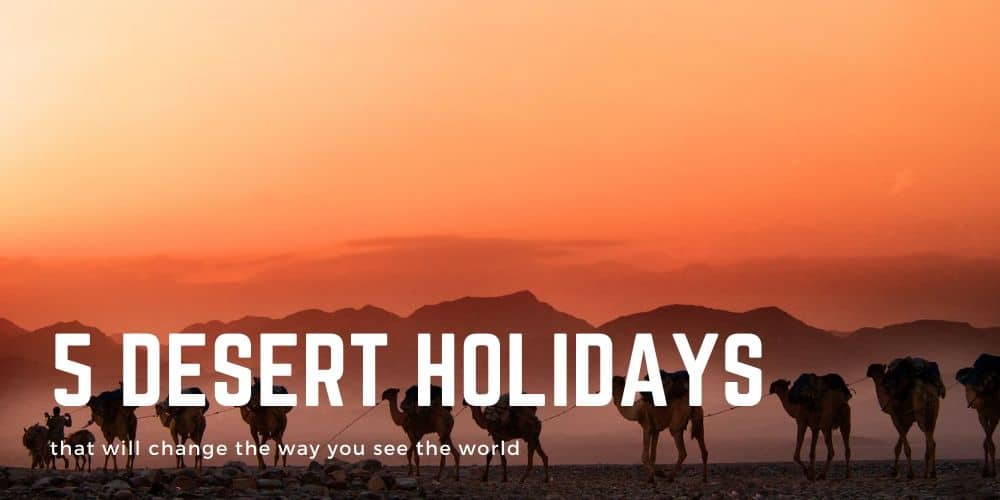 Looking for the best deserts our vast world has to offer, where you can experience a holiday filled with landscapes of unparalleled beauty and surprises? Want to see rare wildlife in its natural habitat and a sky full of stars like youve never seen them before? Want a luxury wilderness experience that will open your eyes to huge desolate tracts of the Earth which change colour under the rising and setting sun? It sounds like you need a desert holiday!

We all know the big deserts, but how many of us have actually seen them? You may not even be aware that theres much more to deserts than just sand dunes. Mountains, valleys, unusual rock formations, grassy steppes, cliffs, arches, caverns and gorges all occur naturally in these hot, dry terrains and with so little signs of urbanisation nearby, they provide a blank canvas to a fertile imagination. They are wild and romantic. Youll certainly have a holiday out of the ordinary!

So youre probably picturing a caravan of camels wandering along the sand under the hot sun and wondering what a desert holiday will actually involve! Whether youre taking a dedicated desert tour with us, or planning a wider escorted tour of a country with a couple of nights of desert excursion thrown in, we can provide you with an exciting trip in branded hotels and local guides that you simply couldnt get elsewhere. If you fancy a traditional Berber meal, before settling on the sand to take in the majesty of a glittering universe above you, whilst listening to sounds of the dunes singing in the wind, please read on. 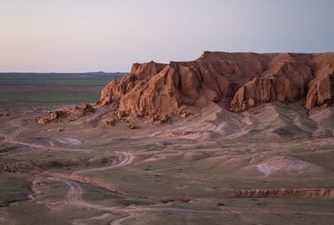 The Gobi desert is the largest desert in Asia and is located across the north of China and the southern regions of Mongolia. Its historically important for its treasury of dinosaur fossils and being Genghis Khan country, it has a complicated dune system and its surrounded by green steppes and evergreen forest. Mongolia: Steppes, Desert and Nomads is the name of the tour we offer here and its by Exodus.

Youll fly into Ulaan Baatar, the capital of Mongolia, where youll stay overnight and have time to explore the National Museum, Sukhbaatar Square and the Gandan Monastery, before heading over to KhustainNuruu to see Mongolias famous wild horses, which were reintroduced to the wild, after becoming almost extinct nearly a century ago.

Your first taste of the desert will be a trip to the Mongol Els, which is known as Little Gobi. Here youll see Bactrian camels and horses grazing on the green steppes from on top of the sand dunes. This is also a great place for spotting the local birdlife, including Steppe eagles. After this, your guide will take you deeper into the wilder parts of the Gobi. Youll visit the Ikh Bogd Mountain; the highest peak of the Gobi Altai mountain range, pass through the stony plains of the KhatanSuudal Steppe and arrive at the infamous singing dunes. Theyre up to 300 metres high, have provided the backdrops in many films and make a uniquely beautiful sound as the wind passes through them.

Other highlights of this trip include the Vultures Mouth Canyon; Yolyn Am, the Flaming Cliffs; a Mecca for dinosaur fossil hunters and the Gobi Gurvansaikhan National Park, with its diversity of features and wildlife. Desert creatures you might hope to see here are Ibex, Argali, Khulan, bears, camels, gazelles, marmots and snow leopards! 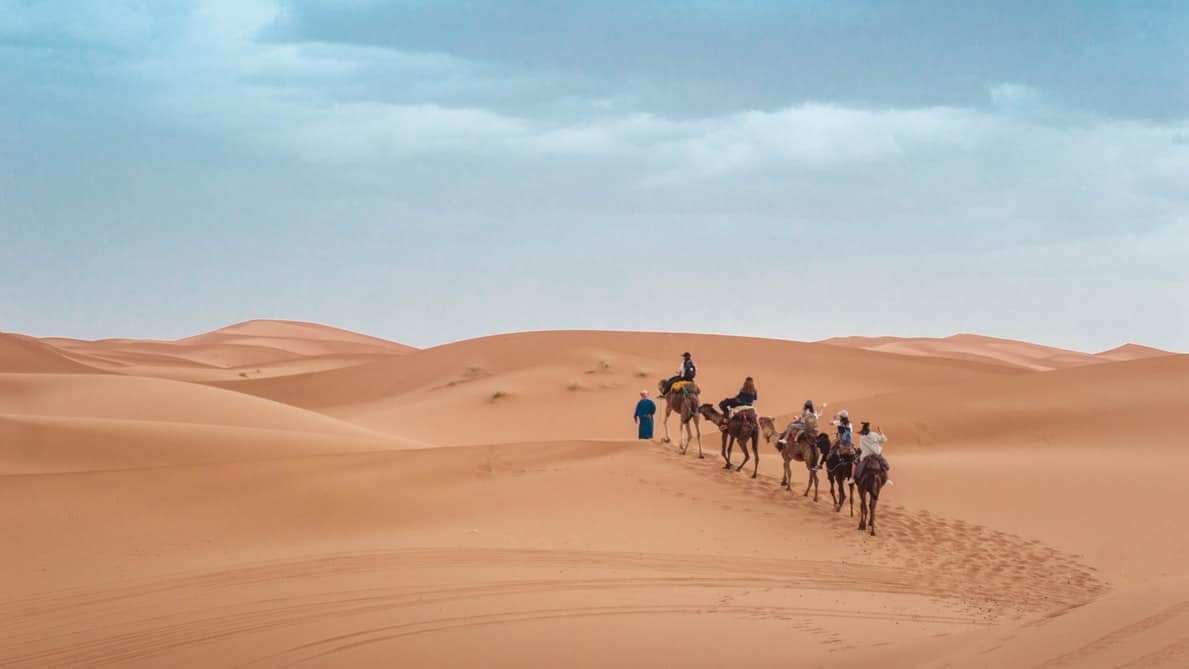 Its the worlds largest desert and it covers 8600,000 km of North Africa, spilling into Morocco, Tunisia, Egypt, Chad, Niger, Sudan and Algeria. The largest of its peaks is in Chad. Mount Koussi is an extinct volcano 3415 metres high. As well as its seemingly endless sandscapes, its famous for its petroglyphs; or carvings into the rocks that have been added to since humans first inhabited the area. Despite its extreme temperatures, this desert boasts a wealth of wildlife including cheetahs, gazelles, ostriches, fennec foxes and monitor lizards.

Our favourite tour here is Explores Family Atlas Mountain and Sahara Adventure, which begins in Marrakech. Youll spend a day exploring this vibrant, bustling city with its modern French part; the Gueliz, as well as the souks and narrow alleys of the Medina; the old city, before heading high up into the Atlas Mountains. Youll cycle and hike to all the best-loved features and viewpoints of the largest mountain range in North Africa, including a trip to The Atlas Film Studios, which is located Ouarzazate; an outpost known as the Doorway to the Desert.

When you reach The Gate of the Desert in the Oasis of Zagora, youll know youre getting closer to the Sahara! Passing through the outlying sand dunes of Tagounite, youll form a camel caravan into a central Saharan area, complete with sand dunes as high as 180 metres, shimmering mirages and the cloak of desert heat. The night will be spent in a traditional Berber tent, looking up at more stars than youll ever have seen before. Its the ultimate desert experience. 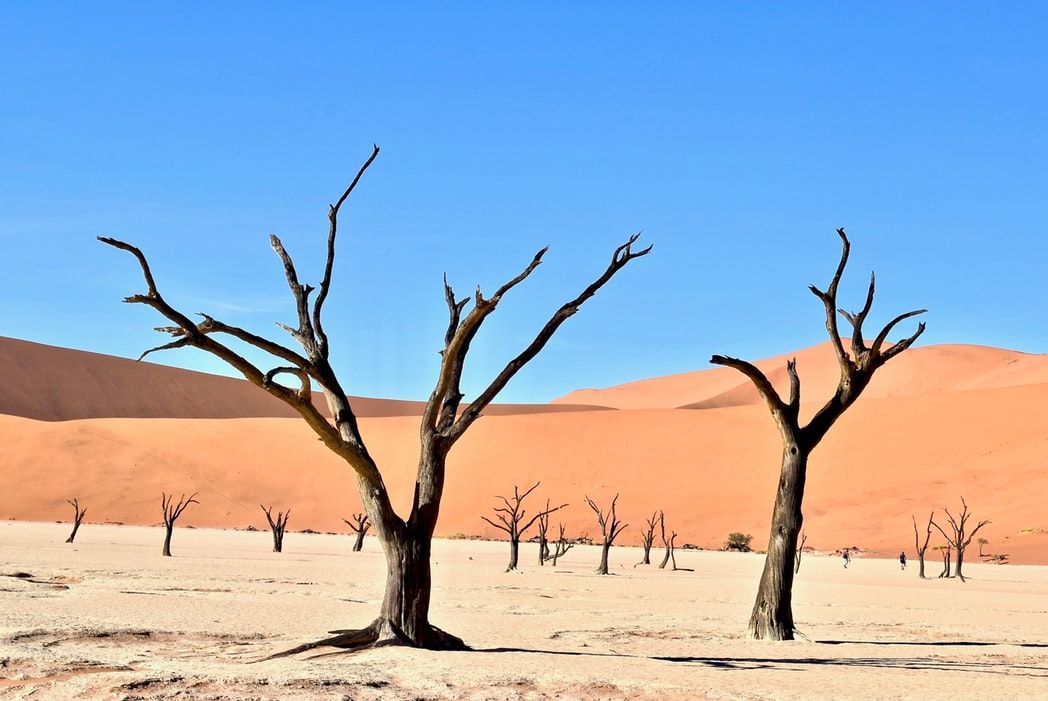 Located across South Africa, Namibia and Botswana, the Kalahari Desert is not only home to obligatory desert features such as dunes, plains and mountains, but also long rivers which serve an unrivalled diversity of wildlife. In particular, the Okavango River Delta is a highlight of the game reserves and a great place to spot lions, rhinos meerkats, giraffes, jackals, baboons, leopards, cheetahs and a wealth of bird life. The Kalahari does receive some rainfall annually and because of this there are over 500 species of plants growing nearby. In some northern areas, dense vegetation fringes the baked earth.

The sand dunes here do not shift in the wind, or sing, like with other deserts. The landscape is permanent. This may help the local inhabitants; the local hunter-gatherer San bushmen, navigate the valleys between the dunes; the dune streets as expertly as they do. One of our favourites tours here is Saga Holidays Where Deserts Meet tour, which will take you to both The Kalahari and its neighbour, the Namib Desert.

Your tour will begin in Windhoek, before moving out into the wider area to explore a few destinations before (and after) you reach the Kalahari. Youll visit Fish River Canyon; the second largest canyon in the world, Damaraland; a wild, rugged landscape and the Etosha National Park, with its rock engravings and wildlife reserve.

The highlights of the desert youll experience include the Sossusvlei dunes, which reach a height of 250m high and are reached by 4×4 and the Sesriem Canyon. Bear in mind, that although the temperatures during the day here are scorching, they can fall below zero in the night! Its an exciting climate of extremes! 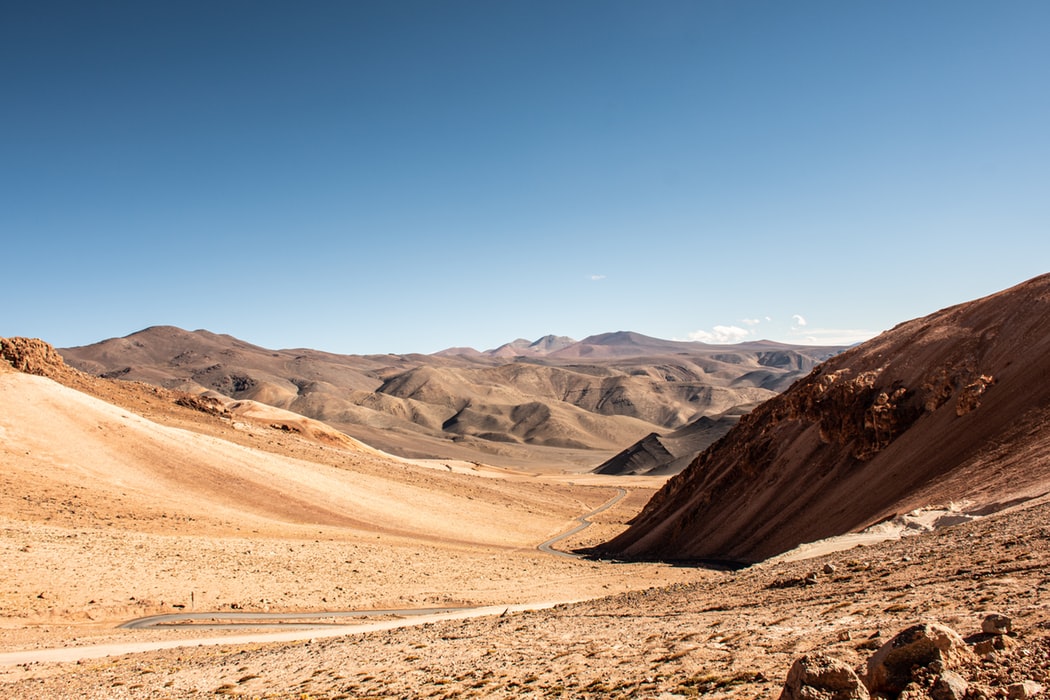 Famously known as the driest place on Earth, there are parts of the Atacama that have no recorded rainfall throughout history. It consists of salt flats and lakes, which provide food for the thousands of flamingos that flock here. Its situated between the Chilean Coast Mountain Range and the Andes. At its high altitude its protected from the moisture of the Atlantic and Pacific Oceans, hence its dryness.

To visit the central Atacama Desert, youll fly into the city of Santiago in Chile, and enjoy exploring the nearby Tatio Geysers, Torocpuri and Sairecabur volcanoes and Torres del Paine National Park, as well as the desert itself. Our favourite tour here is Travelspheres The Atacama and Patagonia, because itll take you directly into the rocky, reddish landscape of Mars Valley, which changes colour depending on the position of the sun. With it being so dry, wildlife is scarce here. However, you might see grey foxes or butterflies. 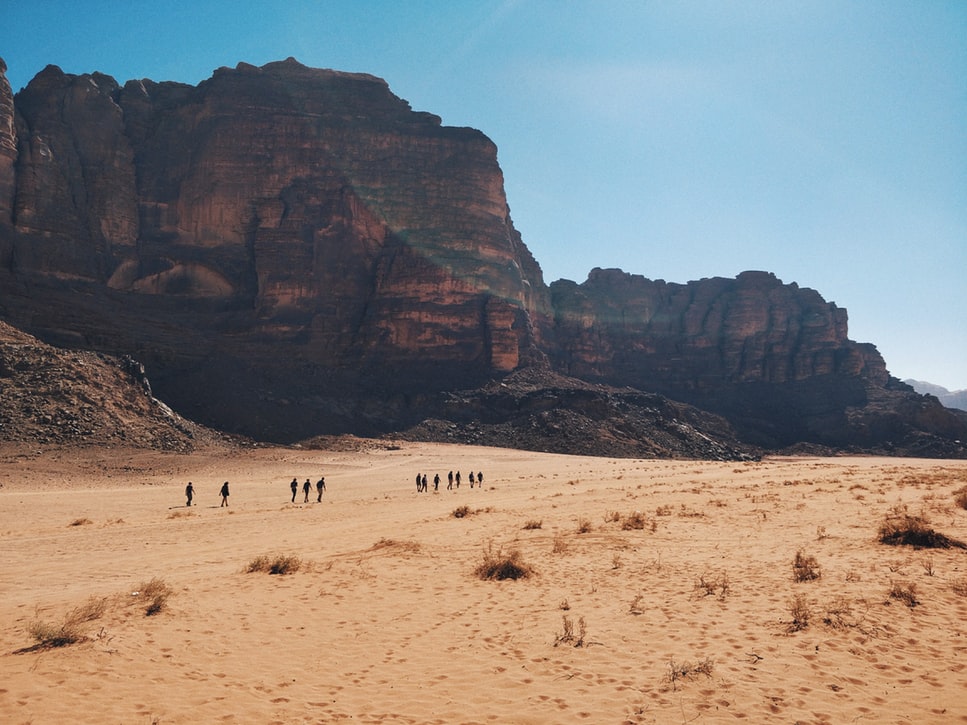 The Wadi Rum is a tiny part of the wider Arabian Desert and offers some of the most impressive desert scenery in the world. Its located in Southern Jordan and consists of shifting sand dunes, rock formations, canyons and jebels, which are mountains rising out of the sand. The tour we favour here is the Petra and Wadi Rum Trek by Exodus, because of the Bedouin guide group who will be your desert guides. Youll find no safer pair of hands here, than those who know the area well.

Youll stay overnight in the desert itself, in private campsites run by your guides and then each day youll be taken to see a different desert feature. Destination sights of your tour will include The 7 Pillars of Wisdom; a rock formation with 7 turrets, Traverse Siq el Barrah; a desert canyon with rock walls, the Burdah Bridge; one rock formation that arches between 2 others and the Um Fruth Rock Bridge, with its thousands of petroglyphs and inscriptions, some of which date back to 12,000 years ago.

Each night youll enjoy a traditional Bedouin feast of meats and vegetables, as well as a night under the stars. This trip ends in Petra, a UNESCO world heritage site and ancient city, famed for its beautiful towering buildings carved out of the rock.

For an authentic desert experience with locals at your side and a backdrop so impressive, it was used in just about every film ever made about Mars; The Martian, Red Planet, The Last Days to Mars and Mission to Mars, we can heartily recommend Wadi Rum.

To book any of the tours weve mentioned here, please give our team at Aspen Travel a call. We partner with award-winning tour operators in order to bring you a wide and interesting range of desert holidays that offer real value for money.