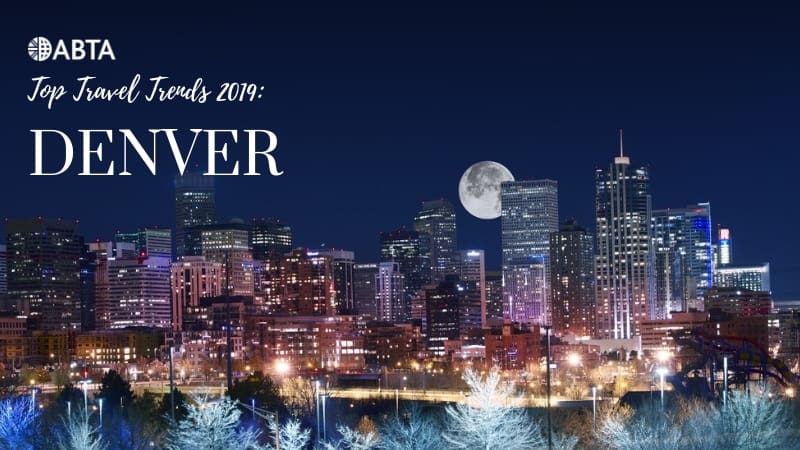 Known for its backdrop of Colorado peaks and lakes, its exciting music scene and of course, those Rocky Mountain oysters, which are not what they seem, Denver is a vibrant, cultural hub in the USAs Southwest. It has also been named one of the hottest travel destinations of 2019.

Its not just its pioneering, gold rush history and cowboy film backdrops that attracts visitors to Denver. It also has a thriving arts and cultural scene, delicious Mexican-influenced food and hiking trails galore to explore just a few miles away, not to mention the shopping opportunities! Its not hard to see why everyones talking about the mile high city, but lets have a look in depth at how a few days here could greatly enrich any Stateside holiday. 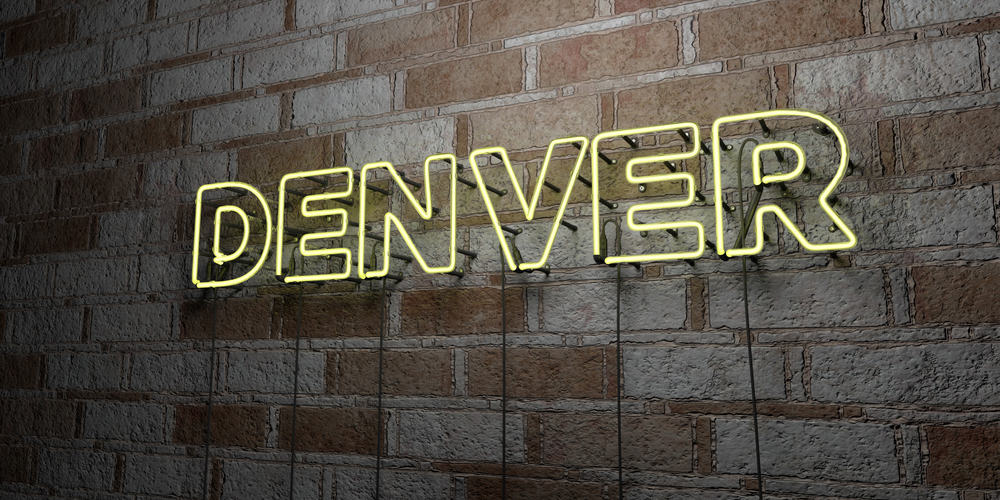 Many of Denvers visitors come here for the music. The summer concert schedule is highly enviable, with the citys most iconic arena being the Red Rocks Amphitheatre, set in the middle of Red Rocks Park. The giant ochre sandstone outcroppings here, which are higher than Niagara Falls, are quite the landmark feature. You can see them from miles around. Revellers bring blankets and snacks to enjoy some of the biggest names in the music industry entertaining them from the stage. Once you settle onto your sun-warmed stone seat with a beer from one of the local breweries and the artist begins to play, youll feel youve truly arrived in Denver.

Other Denver-based outdoor music venues include Fiddlers Green, with its view of the Rocky Mountains, Levitt Pavilion and downtowns Pepsi Centre, but its not just live music that draws the crowds. The Ogden, Bluebird and Gothic theatres all put on shows as well, but they seat their guests inside. World-class comedy is also an option here. Huge names in stand up, such as Jerry Seinfeld and Chris Rock have played at Comedy Works, while the Bovine Metropolis Theatre is known for its sketch and improv shows.

For later in the night, theres a buzzing nightclub scene that caters for all kinds of music tastes. Jazz enthusiasts will be in their element in Ophelias Electric Soapbox, El Chapultepec, Nocturne and Dazzle, while those looking to lose themselves in the faster beats of house and electronica should head for Beta, Bar Standard or The Church Nightclub. Indie kids arent forgotten here. They can head to the Meadowlark Bar or the Soiled Dove Underground, but those who want to experience Americas own country music could have a storming, authentic night in Stampede or the Grizzly Rose. You might even get to have a go at line-dancing! 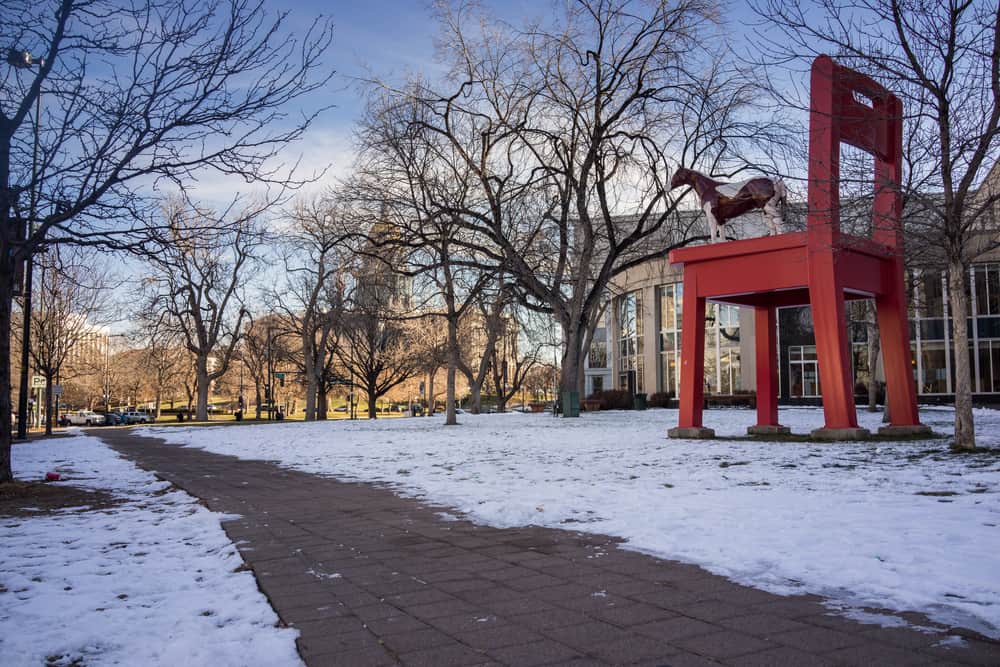 During the day there are many museums to explore, one of the most popular of which is the Denver Art Museum. A host to many fascinating travelling exhibitions, this gallery houses work from around the world, as well as more homegrown talent. It kicks off its itinerary this year with a Dior exhibition, displaying haute couture from this famous designer, alongside an exhibition about animals as artists muses. Later in the year youll be able to catch shows about British art, design in the Midwest and Monet.

There is also a rich menu of museums to choose from, which youll enjoy either with adult friends, or the kids, depending on whom your travelling companions are. The Buffalo Bill museum is where youll find everything cowboy, alongside local Wild West knowledge, and the Colorado Railroad Museum will expand on that. If your interest in pioneering is piqued and you want to find out in depth about how life was during the gold rush days, you could always take a little trip out of town to nearby gold mining towns Central City and Black Hawk, both of which have been used as sets in iconic Western films.

Never far from the Rockies, no matter where you stand, youll always have a beautiful natural backdrop to this very outdoorsy city. Parks and gardens capitalise on the local landscape so there are many hiking and mountain biking trails to stroll, or cycle, along. Theres the Red Rocks Park, the City Park, with its lakes, mountains and golf course, Confluence Park, where you can visit a genuine gold mining camp and the Denver Botanical Gardens. Taking in the sights and smells of the Japanese garden or tropical conservatory with the snow-capped peaks of the Rockies in the background is an eerily surreal experience.

At only 71 miles away, its also highly possible to spend a day actually in the Rocky Mountain National Park itself, while youre here. Its a great way to get closer to the Alpine views and possibly even be lucky enough to spot the elk, moose and big horn sheep that live there. Eagles and hawks may be flying overhead. The watery features of the nearby Rocky Mountain Arsenal National Wildlife Refuge will give you an even greater opportunity to get closer to Colorados flora and fauna.

If youre with the family and the kids are looking for a thrill, you could head off for a rollercoaster ride. Elitch Gardens and water park is the big amusement park, boasting several terrifyingly exhilarating rides. The Star Flyer will spin you at 50mph and the Half Pipe at 60mph. The XLR8R is the worlds highest free fall swing. Following this excitement, you can then calm down on the water slides, which will seem a lot tamer in comparison, or even just float along the lazy river. The Lakeside amusement park is another possibility, with its showcase rides consisting of the Wild Chipmunk ride and Cyclone Coaster. Theres also the much calmer offering of the Museum of Nature and Science to keep you and the little ones busy on a wet day.

Denvers also great for shopping. The historic Union Street station in the downtown area looks beautiful and houses shops and cafes, but for a more intense shopping experience, why not head over to the 16th Street Mall. This paved street is great for department stores and boutiques. The spending hat trick is completed if you then head over to the Cherry Creek shopping district. Youll find bargains and high end gifts galore. 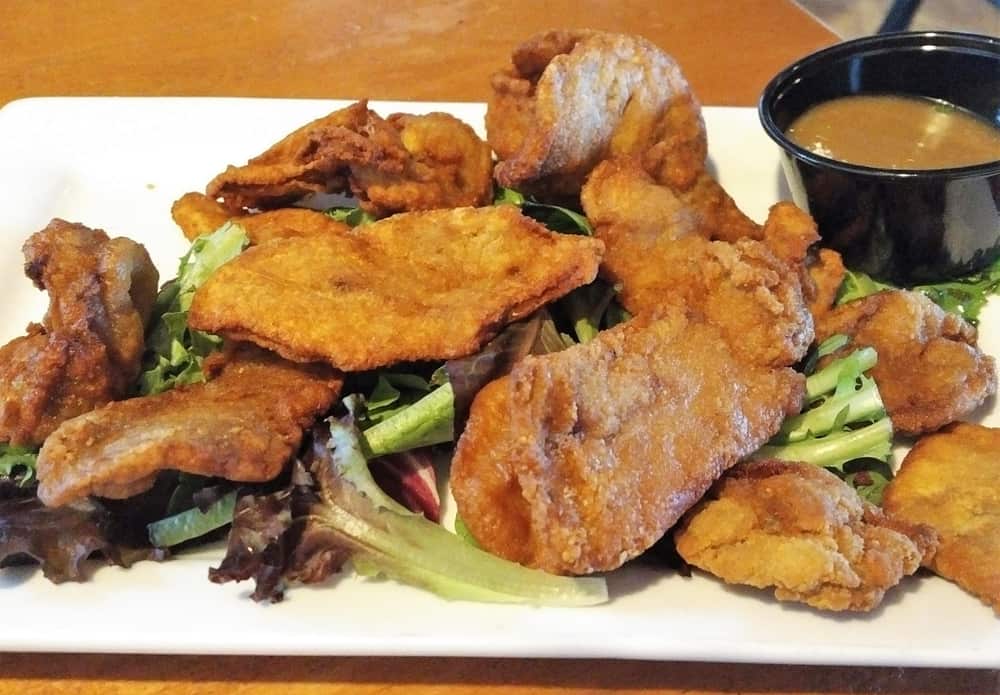 Food and drink in Colorado

Brewery tours are big news in this part of the world, given that this is the home of Coors beer. The big breweries are the Coors brewery, Wynkoop, Great Divide and Rock Bottom. Each of these offers a guided tour with beer sampling. In the evening, some of them turn into music venues too. If craft beer is more your thing, theres also a number of microbreweries to explore.

As for food in this region, you can expect it to be smothered, covered in salsa and highly delicious, infused with slightly spicy Mexican flavours. The hamburgers, elk jalapeo cheddar dogs and breakfast burritos will all be covered in melted cheese and green chilli, each enhanced with its own unique taste. Roasted cactus, bison and reindeer could also be on the menu, or offered as an alternative. A quick word about Rocky Mountain Oysters; Colorados signature dish. Its not seafood! They are actually deep fried bulls testicles, but they taste great and theyre very popular, so make sure you grab a bite before you leave.

Booking your trip to Denver

The way in which you could enjoy a few overnights in Denver as part of an exciting all-inclusive luxury package are many and various. You could visit the city as part of a self-drive tour with First Class Holidays, have it included as a destination on your journey through the wider Rockies area with Collette or Titan Travel, and even make it a stop as you travel the USA coast to coast, taking in some of Americas most famous National Parks. Theres a whole host of internationally respected tour operators who will take you to Denver on your way to Mount Rushmore and Yellowstone, including Great Rail Journeys, Saga and Insight Vacations.

However you want to reach Denver, please give the Aspen Travel team a call. Our dedicated advisors will be able to answer your queries and tailor-make a booking that suits your needs and specifications. Have a particular budget in mind, or need to adhere to particular travel preferences? We can help. We have access to a wide range of holidays and some of the very best discounts. We only partner with internationally renowned tour operator partners, so youll be in safe hands.