The Alhambra in Granada, southern Spain is one of the most visited tourist attractions in the world. This elegant palace perfectly combines its Moorish and Spanish heritage to beautiful effect. It sits proudly astride a hill that overlooks the modern Plaza Nueva pavement cafs and is just around the corner from the Albaycn; the Arabic quarter and Barrio Sacromonte.

The latter is the gypsy quarter and a prominent home of flamenco and the Andalusian gypsy tradition. Its not difficult to see why visitors from all over the world flock to this corner of the Iberian Peninsula.

Today were going to look at what makes the reddish walls of the Alhambra so unique and why everyone should give themselves the chance to explore its walled gardens, ornamental fountains and cool, pristine rooms at least once in their lives.

The history of the Alhambra 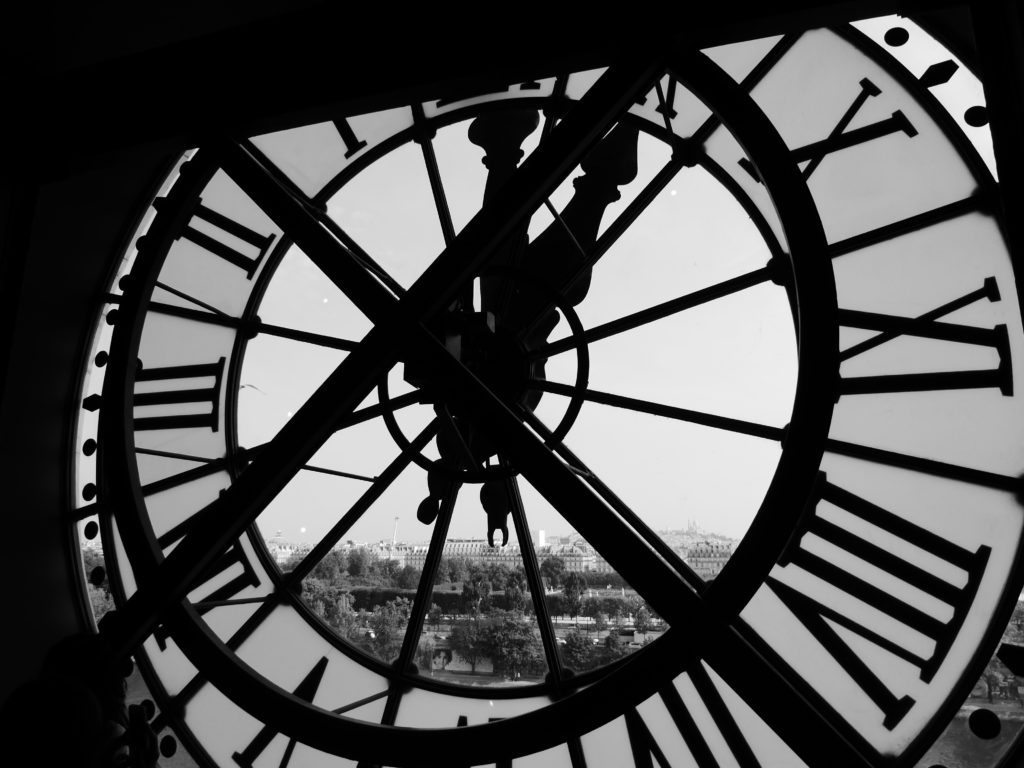 The Alhambra is a combined palace and fortress that was originally built on the site of Roman ruins in the 9th century and then rebuilt 4 centuries later by the Emirate of Granada, using typical Arabic architecture. It wasnt until the 16th century, that it became a refuge for intellectuals and artists. It was at this time that Christian interventions were made to the site.

The fragrant gardens are filled with roses, myrtles and orange trees, as well as English elms that were planted there by the Duke of Wellington. Fountains and pools grace every quadrangle and geometric patterns dominate the aesthetic.

This is the oldest part of the structure and otherwise known as the citadel. Only the towers and ramparts remain, but its most impressive features include its watchtower and turret. Just beyond this part, divided by a wide open space, are the Nasrid Palaces. These are the areas that were inhabited by palace officials and courtiers at the height of the Alhambras reign.

This was the administrative centre of the palace. Dark woods and white walls provide an elegant contrast, but also give the building a business-like air. The ceilings are ornately decorated here, but the most extravagant decorations are reserved for the Harem, which is where all the Berber wives lived.

Hall of the Ambassadors 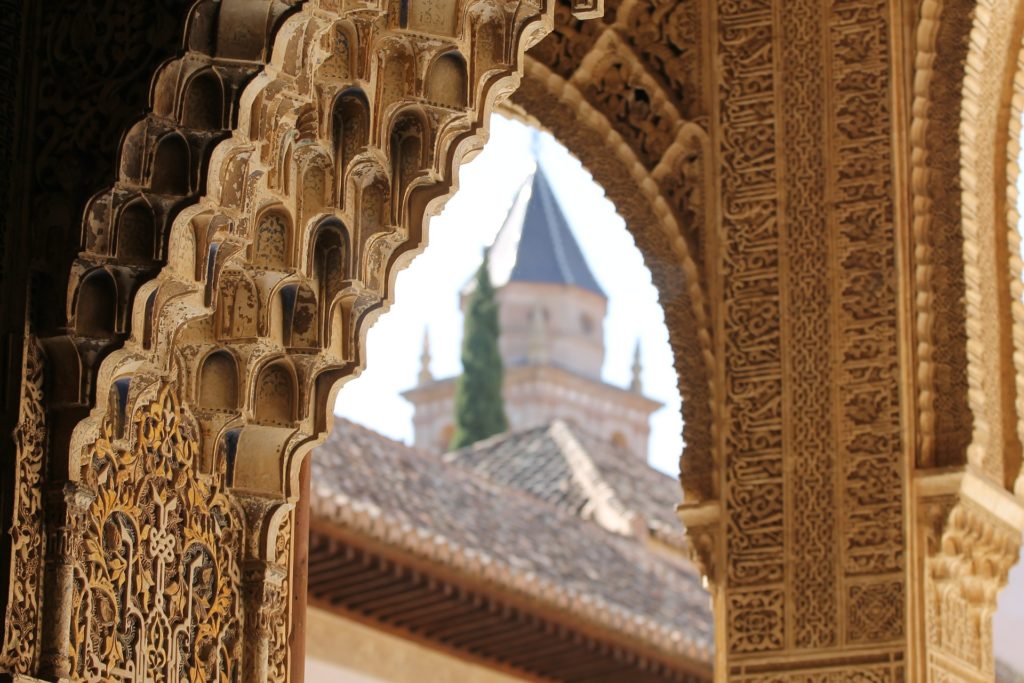 This was a grand hall, square in shape, which offers impressive views out of the windows on three sides. The walls and ceiling are decorated with mosaic tiles and the sultans throne gives a sense of the opulence of the furniture that would have been in the room when fully in use.

This room offers a large dome, ornate windows, a fountain in the middle and a rather gruesome legend, that details a massacre that occurred here when the last sultan of Granada supposedly killed a line of prominent chiefs.

Court of the Myrtles

Andalucia is hot, so mechanisms to keep the building cool had to be built into the design. This courtyard is paved in marble and has a large fish-filled pond in the middle, with myrtle trees growing alongside it, to provide some shade. Because pools were so expensive to keep full, given the limited water supplies in this hot region, this courtyard was an opportunity to show off a wealth, which was also associated with power and status.

Court of the Lions and the Fountain

Decorated with tiles and marble, the most memorable feature of this square courtyard is its plentiful columns. The pillars hold up a jutting canopy, that provides visitors with shade as they walk around the perimeter of the square, marvelling at the alabaster fountain in the centre, which is held aloft by 12 marble lions. On the hour, water pours from the lions mouths. A poetic inscription praises the power and beauty of lions, as well as offers an explanation of how the hydraulics of the fountain system works. 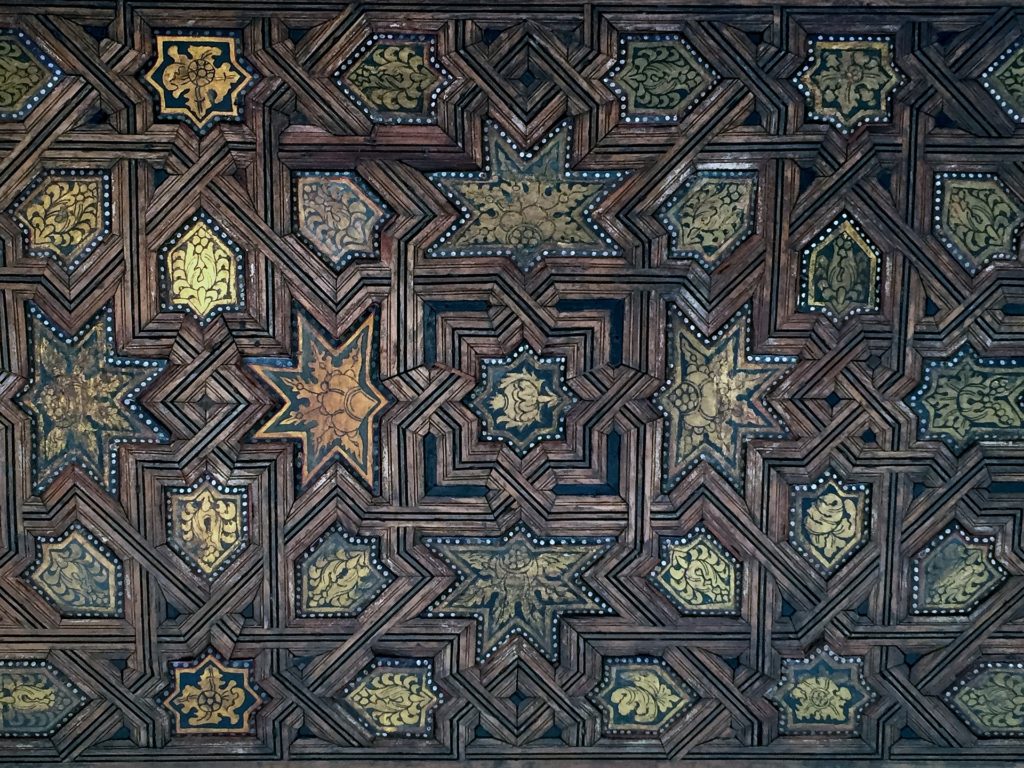 This is perhaps the most famous part of the Alhambra palace, whose name derives from the garden of the architect. These gardens and outhouses have been restored many times, but its this long, narrow pool with its many fountains here that provides the iconic image of the Alhambra that is known around the world. 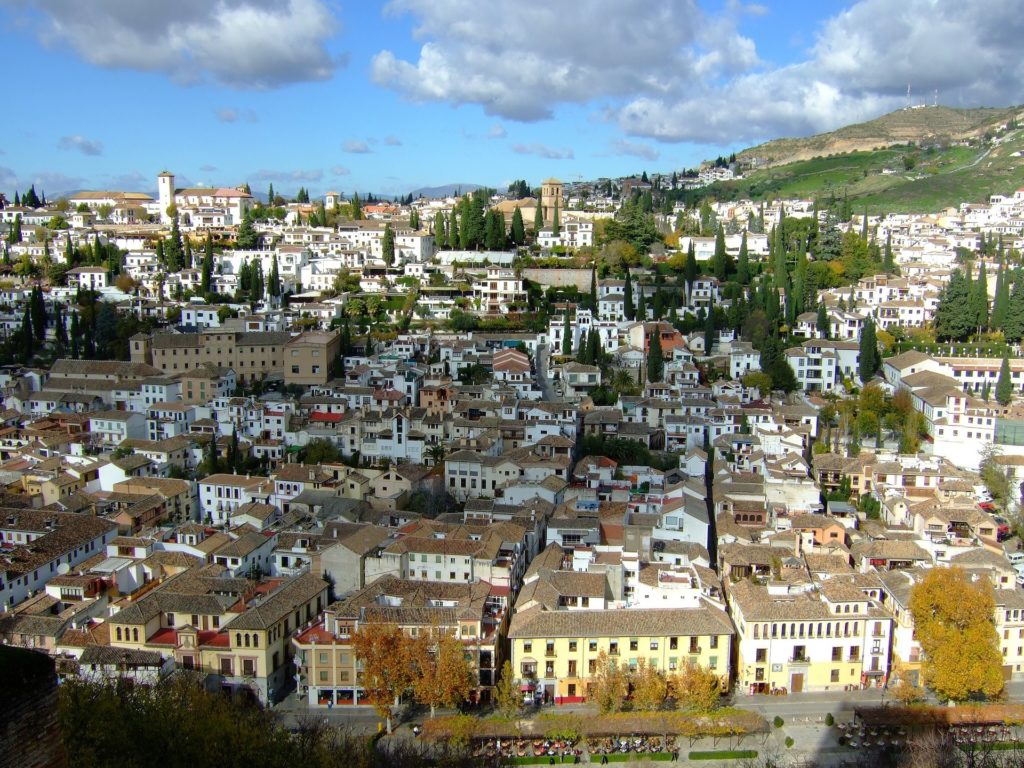 Plaza Nueva is a long square, built in the Spanish style, from which you have a good view of the palace on top of the hill. Its a great place to wile away a few hours with friends, having cocktails and complimentary tapas brought to your table. From Spring to Autumn youll find it warm enough to sit out, enjoying the street entertainers wholl try their best to get a tip from you as they wander from table to table serenading you, offering caricatures or generally just clowning around.

For an experience that feels a little further from Europe, you could visit Calle Calderera, which is filled left and right with Arabic tea rooms known as teteras. Spicy fragrances fill the street, exotic teas line the shelves and if youre partial to a hookah or a shisha pipe, youre in the right place.

There are great restaurants all over the city. Andalusian delicacies include platters of cured meats, including the ubiquitous jamon Iberico, olives and manchego cheese, fried fish and the delicious chilled tomato soup, known as gazpacho.

The best way to experience the Alhambra

As you would expect from one of the top attractions in the world, if youre going to chance it and try your luck at buying an entrance ticket on the day, you can expect to queue. The best way to see the Alhambra is as part of an all inclusive luxury package. In this way your personal tour guide will ensure queuing in the hot sun is minimal and your time is spent taking in the sights instead.

The Beauty of Alhambra tour run by Great Rail Journeys will take you from London to the hipster town of Ronda, before embarking on a tour of Crdoba, where youll visit the Mezquita, a mosque with heavily catholic influences and the orange tree lined streets of the glorious city of Seville, before reaching Granada and the Alhambra.

If you prefer the independence of your own itinerary, you might prefer Cox and Kingss self drive through Andalucia experience. Your trip will begin in Malaga and youll have the freedom to make your own way around the South of Spain, staying in pre booked overnight accommodation and taking in the viewpoints that appeal to you.

Cox and Kings also offer a city break to Granada to allow you the chance to gain a real insight into this Moorish stronghold, its Lorca associations, parks full of wild flowers and views of the Sierra Nevada mountain range that surrounds it.

However youd like to visit the Alhambra, our agents here at Aspen Travel will be able to find you the perfect break. We partner with huge award winning names in the travel industry to bring you the most exciting itineraries at competitive prices. From city breaks for couples, to family holidays that take in a number of different destinations, well work with your budget and preferences to deliver a holiday thats tailor made for you. Please get in touch.