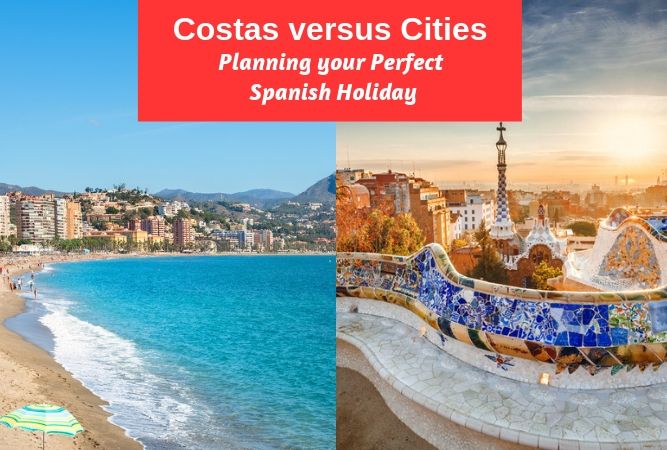 Costas versus the cities: Planning your perfect Spanish holiday

Spain is a country we all feel we know well, but the truth is its possible to have vastly diverse holidays here. A traditional Brits abroad break, which involves a full English and choice of UK tabloid press to read while you eat it, is one with which we are all familiar and plenty of fun, but its not your only option.

Did you know that your time in Spain could just as easily be spent watching eagles circling in the sky high above the mountains in the Picos de Europa, or looking over the desert plains of Almera, an area that inspired an era of spaghetti westerns? Equally, you could find yourself standing in the lush greenery of the northwestern provinces enjoying food festivals and impressive religious architecture as you follow in the footsteps of the pilgrims, or even taking in the gipsy and Moorish music influences of the south.

Here at Aspen Travel we offer a range of cultural Spanish city breaks, as well as cruises and escorted tours around Spain, to give you an insight into a wider area. Lets take a look at popular Spanish holiday destinations and the sort of experiences you can expect in them. We can help you have the perfect Spanish trip, depending on what you hope to achieve from your time abroad. 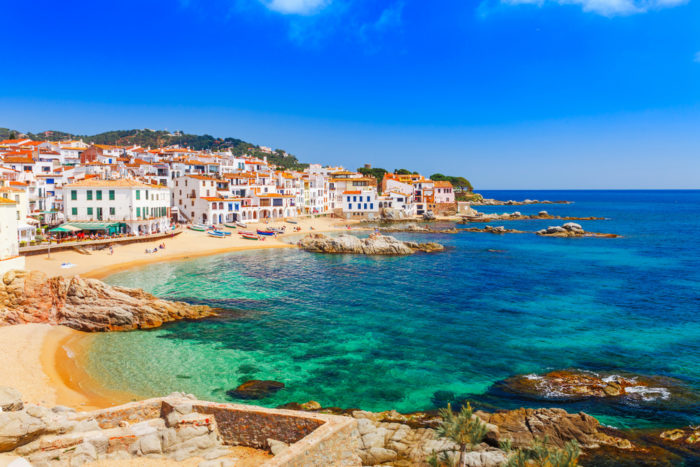 The British press would have you believe that the costas are all about union jacks being worn by stag parties, but in fact, costa is merely the Spanish word for coast and a synonym for a having a great time! Nowhere in the world is geared up for an influx of European visitors quite like Spain. You can expect an excess of hospitality, thats so extreme, great lengths have been gone to, to provide popular Spanish coastal towns with restaurants that serve their guests favourite food from home, beaches heavily equipped with hundreds of umbrellas to keep their skin from burning under the hot rays of the Spanish sun, and loungers on which to truly relax.

Even the smallest stretch of sand will have a caf that gives you access to, not just a full bar, but also all manner of hot and cold snacks throughout the day and night. Hungry from your dip and fancy a hamburger or cheese toastie, washed down with a caa (small beer) at 10 in the morning, or 10 in the night? Then youll find yourself in a position to order just that, only a few metres away from the shoreline, and for a lot less money then you could get the same order in England!

If youre on the Spanish playas with the little ones, and theyve grown tired of the sea, despite the fact youve bought them inflatable flamingos and unicorns from any of the shops along the boardwalk, (because all the shops seem to sell exactly what you need; beach towels for 4 euros, beach toys and suncream), then dont despair.

Generally speaking, beside the beach, youll find a myriad of family-based activities; minigolf, playgrounds, fountains for jumping in, street performers, amusement arcades and the ubiquitous cafs and ice cream shops. On a Sunday, the ex-pat owned bars offer a roast meal with cricket or football playing on the widescreen TV, and the rest of the week, youll be able to order sausage and mash, curry, or fish and chips. If the temperature wasnt in the late 20s, you could believe you hadnt left Blighty! 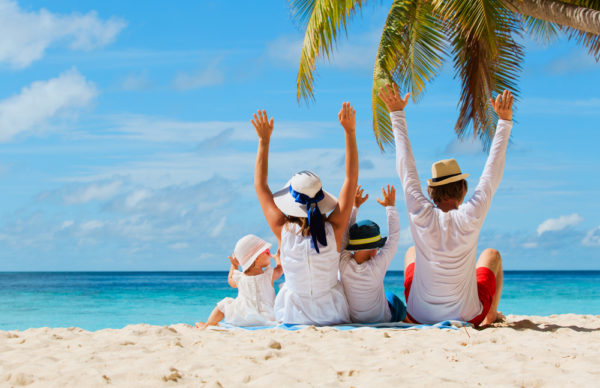 Of course, there is also plenty to do if youre not travelling with the kids. Restaurants near the marinas are likely to be more sophisticated, and less tolerant of loud British children, while the cities attached to the seaside fun strips offer much in the way of cultural activities. On the Costa Del Sol in the South, Malaga is favoured by the Jetset, when they decide to step foot out of Marbella, and the cultural behemoths of Andalucia; Seville, Crdoba and Granada are just an hour or two away.

Barcelona is a great day trip for those who have ventured onto Europes Beach; the lively resort town of Salou on the Costa Dorada, a destination so fun that nobody really cares that theyre in the water with approximately 5 zillion other holidaymakers at the same time and from the air, the water would be barely visible in between the bodies swimming, surfing and jumping waves.

The Costa Brava in Valencia is the gateway to the eastern provinces and over in the west, on the Costa de la Luz, youll find the sunny, sherry-infused air of the vineyards hanging over the golden sands. The Costas are gloriously fun. Youll relax, laugh, enjoy yourself and probably get a tan. Whats not to like? However, for a more serious, culturally beneficial break, you might fancy taking in the attractions of the cities: 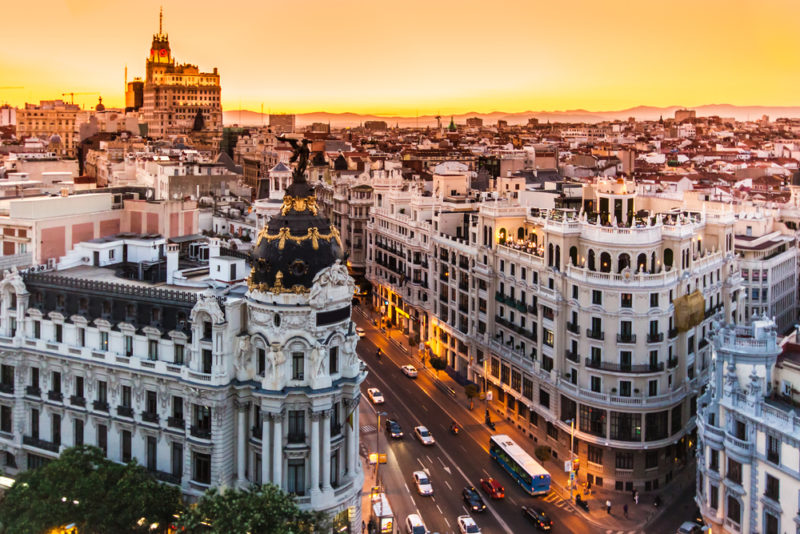 How do you perceive Spanish culture? If youre a member of Generation X or older, you might associate the Spanish with their celebrated cultural backlash following the demise of Franco in the 1970s. This, it has been argued, is why there is such a relaxed attitude to smoking, drinking and generally have fun. Its a reaction to a strict political regime that restricted a nations freedom and sparked a natural disposition that is combative to any nannying attempts by the state.

If youre a millennial digital native and hooked up to all the information you could hope to have about Spain, then youre probably more in tune with Spanish youth attitudes and how the culture has evolved. But to see the Spanish palaces, cathedrals and art is to gain a first-hand insight into the countrys rich history.

A city break to one of Spains main cities; Madrid, Seville, Cordoba, or Barcelona, for example, will open your eyes to the Spanish way of life that is a far cry from the relaxed beach vibe of the coast. Its sophisticated, urbane and fashion-forward. The Spanish cities are brimming with boutiques, cafes and restaurants, that share street space with a myriad of cathedrals, dating back hundreds of years, grand palaces housing extraordinary art collections, and in the case of Barcelona, and its unique architect son, Gaud, huge colourful follies that are futuristic in design, vast in scale, and capable of making a whole planet sit up and take notice.

Given that many of Spains regions are fighting for autonomy, each city not only has its own unique flavour in keeping with its local vibe, but also its own language. In Santiago de Compostela; the highlight of the Pilgrim Trail in the north-west, Gallego Is spoken. This is a language that is infused with Portuguese influence, which is not surprising given its proximity to Portugal. Bilbao, in the north, is in the Basque country, where basque is not just spoken, but also a way of life. This is an area best known for its ferocious loyalty to devolution.A city break will enrich your Spanish knowledge and your soul. An escorted tour will lift a veil on the difference between the regions. 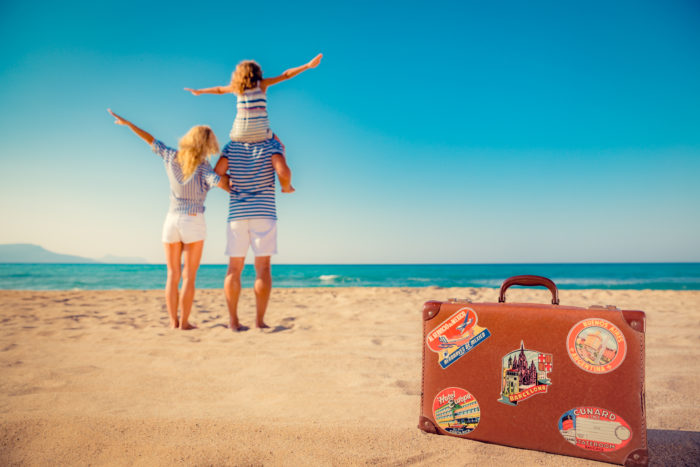 Booking your holiday in Spain

Are you looking to embrace the extreme entertainment and light-hearted atmosphere, not to mention in some cases, the Vegas-style towering naffness, of a traditional Spanish beach holiday, that is so twee, it is now the top hot choice of London hipsters? We can help.

Or perhaps youre looking for some urbane Spanish civilised fun, that will make British culture look like it needs to evolve a few decades. Our travel experts can help you find the holiday that best reflects your mood and travel preferences.

Spain is a mere 2 hours flight away. In the case of many UK cities, it would be quicker for you to fly to Spain than it would take a train to London, and most of the regional airports offer flights there.

If youre reading this and feeling inspired in the morning, you could conceivably be on the Costa del Sol, or climbing the lofty spires of the Sagrada Familia by the afternoon should you choose. Is this idea grabbing you? The ultimate last-minute holiday! Why not give us a call and well get you on the next available flight!

Bear in mind we can also help you plan in advance too. Its still warm in Spain long into after our leaves have turned brown and the UK autumn temperatures require you to put on a coat. Why not treat yourself to some extended sun! You can visit Madrid, Barcelona, Seville or Crdoba for a few days or book a fortnight off work and see a good chunk of Spains palaces, plazas and playas during your trip on an escorted tour. Please get in touch and well give you the low down on our itineraries to find the perfect Spanish holiday for you.