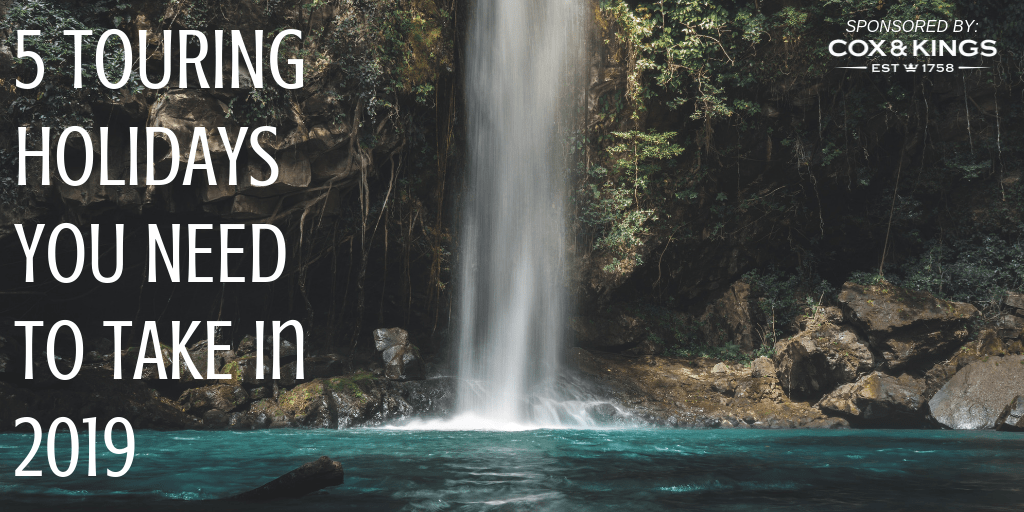 Many travellers are more than happy to get put up in a sunny beachside resort for a week or two of all inclusive drinks, when they realise the opportunities and experiences that come with escorted touring, they never look back. Whether it’s spending a day visiting the islands of Lake Titicaca or a luxurious tour around Classic Russia – staying in 5* accommodation throughout, escorted touring holidays truly are something to consider for next year. Let’s take a look at the top 5 touring holidays hand-picked by the sponsors of this blog,Cox and Kings

1. The Splendours of Jordan 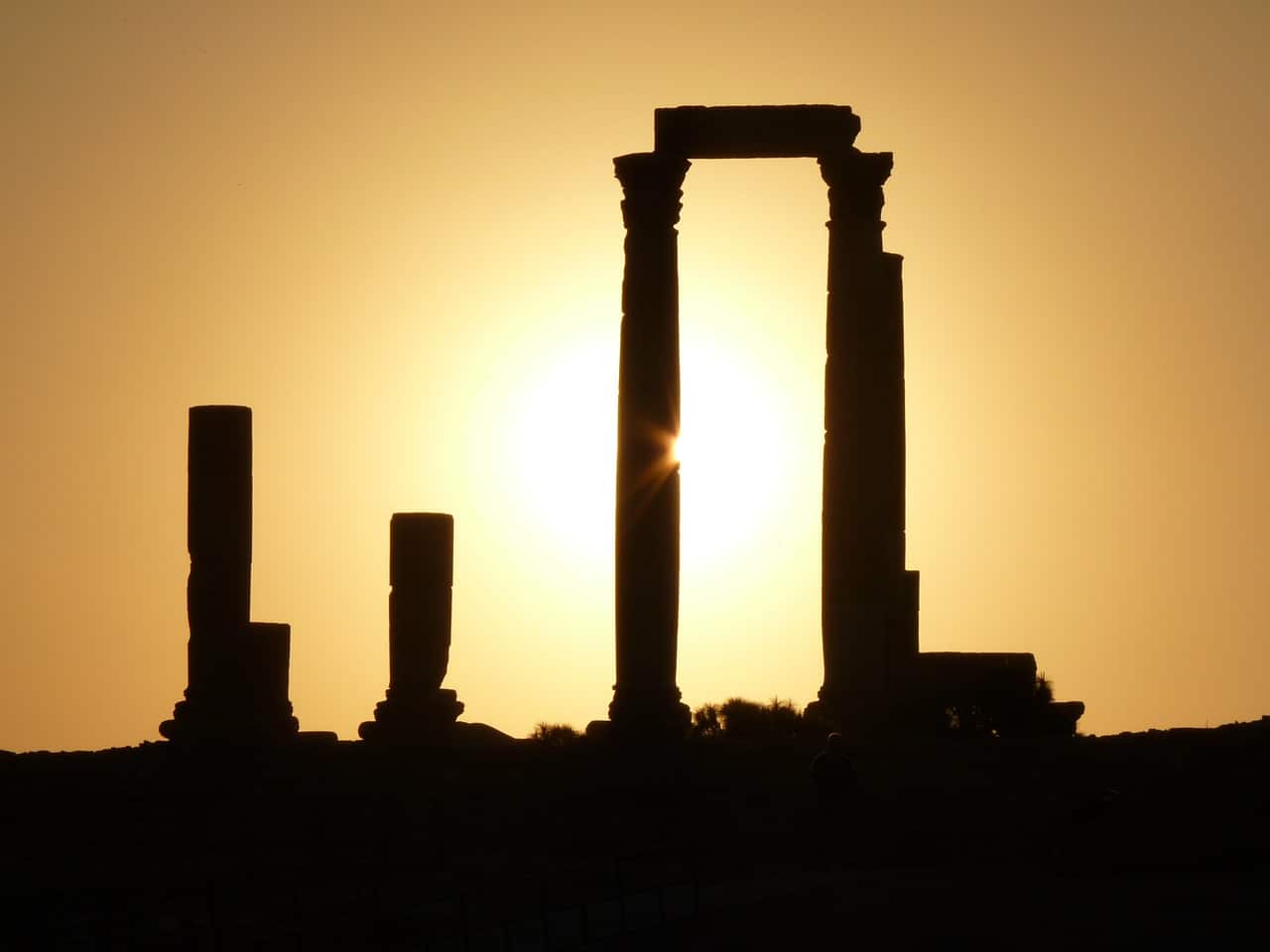 Number 1 in the top 5 touring holidays for 2019, Jordan is not only of huge historical significance, but also an increasingly popular Middle Eastern holiday destination. The Splendours of Jordan tour will provide insight into the culture of the country; its heritage and legacy, as well as its dramatic landscape.

Your tour will begin in Amman where youll be spending the first two nights. The view from the citadel is simply magical and the restored Roman theatre, which youll also explore, will provide a classical contrast to the Arabian backdrop.Youll be here for a couple of nights, staying in the Boulevard Arjaan by Rotana; a hotel that consists of luxury apartments and two rooftop swimming pools. While youre here, youll also take an afternoon tour of nearby Jerash; a city which retains such archaeological wonders as Hadrians Arch, built in the 2nd century, and the remaining Corinthian columns of the Temple of Artemis.

On your 3rd day, the tour will move to Petra, a historical city which has been inhabited since the 4th century. Youll get there via Madaba, home to Mount Nebo; the place where Moses saw the Holy Land for the first time and visit the impressive crusader castle of Shobak, which sits high up on the side of the rocky mountain of Arabah, looking out over swathes of fruit trees below.

In Petra itself, youll explore incredible buildings cut into the rock, such as the Al Khazneh, Ad Deir and the Royal Tombs. Its sometimes referred to as the lost city given its wealth of archaeological treasures. Your tour guide will give you a tour of the rose-red buildings and there will be plenty of time to stroll around at your leisure as well. Here, youll stay overnight at the Movenpick Resort.

After Petra, youll have the chance to swim, or rather float, in the Dead Sea. This warm salty water will allow you to drift lazily along under the hot sun. Its probably one of the most relaxing experiences its possible to have! This will feel doubly delicious, after your exciting 4×4 ride into the Wadi Rum desert. Youll return to London on Royal Jordanian Airlines on the 8th day, happy, full of delicious Arab cuisine, having had a tremendous holiday. From just this description alone, it’s easy to tell why this tour takes the top spot for the top 5 touring holidays you must try in 2019. 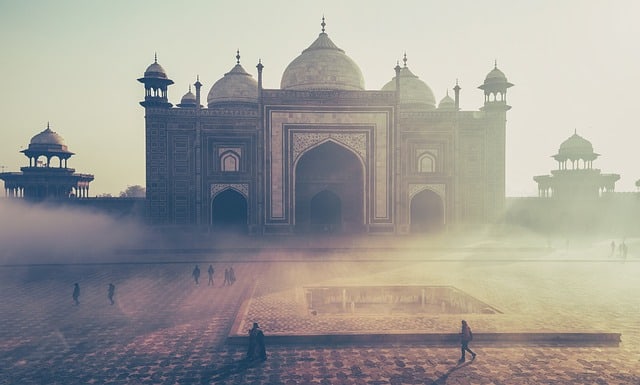 This beautiful, colourful and chaotically characterful land is best viewed with a guide who can take you to as many highlights as possible during your stay, which is why this tour stands out. Its crammed full of iconic flavours, destinations and attractions that will give you a real taste of the Indian subcontinent.

The tour begins in Delhi with a tour of the old town, where youll check out the Jama Masjid Mosque; one of the largest mosques in India and a great example of Mughal architecture. Youll also get to stroll around Raj Ghat, a memorial dedicated to Gandhi and the gateway to the walled city, alongside the Yamuna River. Your overnight stay will be in the Eros Hotel. The next days tour begins with an excursion past the iconic India Gate and on to the tomb of Humayun, as well as a visit to Qutb Minar tower.

After having got to know Delhi, youll move on to what is perhaps the most famous sight in India; the Taj Mahal in Agra. Best viewed at sunrise, when the rose light bounces off the white marble walls and reflects in the water of the lake that lies beside it, this iconic tomb is where the emperors wife was buried centuries ago.

The next stop is the pink city of Jaipur, where youll visit the Amber Fort and the City Palace. Youll have a couple of options here for additional tours. Choose between a hot air balloon ride to see the countryside below, a trip to see the elephants at the camp in Dera Amer, or a tour of Bhangarh; a deserted ghost town. Youll have 3 nights in Jaipur; staying at the Ramgarh Lodge.

After another night in Delhi, youll depart for Shimla on the Kafka express train. Shimla is the capital of the Himachal Pradesh province in the Himalayas, known for its handicraft shops and rustic ways. Your flight back to London will be on day 13 with Virgin Atlantic airlines. 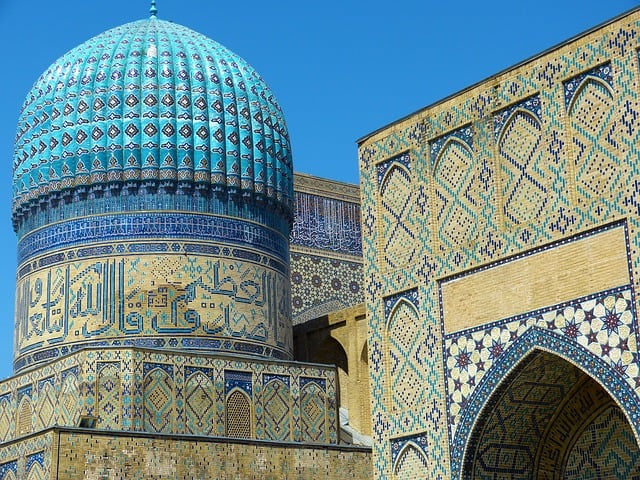 Strategically located Uzbekistan has a fascinating history that has seen it playing host to both nomads and conquerors. Their legacy is obvious in the architecture of this landlocked country. Youll view towering fortresses, former powerhouse cities and the influence of the Soviets on this exceptionally compelling tour, which will lift a veil on a part of the world that still remains relatively mysterious to the West.

Youll fly with Uzbekistan Airways from London to Tashkent, where youll spend the day touring the old town to take in the iconic Amar Timur Square and the Kukeldash Mosque, as well as the Madrasa; the religious education institute. Your night here will be spent in the Miran Hotel.

Urgench will be your next stop and reached via a short transfer flight. Here youll have one of those glorious wow moments when you set eyes upon the fortresses of Ayaz Kala and Toprak Kala for the first time.

In the afternoon, youll drive to Khiva, where youll spend 2 nights at the Malika Kheivak Hotel. An abundance of time is required to explore Khiva, because there are so many exciting attractions to take in. Among the highlights are the Kunya Ark citadel, the Tash Havli Palace and the Islam Khoja minaret.

Itll then be time for an exciting ride into the Kyzylkum desert, via the picturesque Amudaryo River to get to Bukhara, where youll visit the Chor Minor Mosque, the Lyab-i-Hauz complex and the Ark Fortress. Additional highlights on your tour will include the Summer Palace and the Samanid Mausoleum; which is decorated in symbols associated with Zoroastrianism; the worlds oldest religion.

Youll then have 3 nights in Samarkland, visiting various museums, mosques, mausoleums and the Ulugbek Observatory, before returning to Tashkent to take your return flight to London. Theres so much to take in here during this 11 day tour that you can expect to want to return to find out more about the compelling layers of history; from ancient to modern, that can be experienced here. Let’s take a look at number 4 from the top 5 touring holidays. 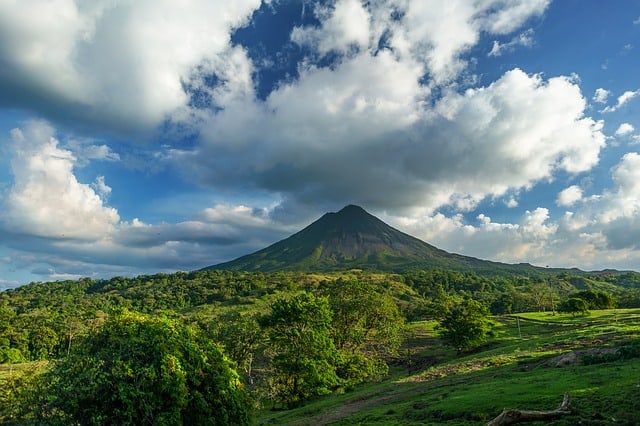 Costa Rica in Central America is home to hugely diverse wildlife, white sandy beaches and a backdrop of such monumental natural beauty, that the memories of what you see here will stay with you forever. This is a great tour for taking in the big attractions, as well as impressive off the beaten track views and experiences.

Your first couple of nights will be spent in the countrys capital, San Jos. Here, youll stay in the Crowne Plaza Corobici Hotel and be free to explore the shops, as well as visit the Irazu volcano. Arenal, however, is the biggest volcano in the country and youll not only have the chance to visit it during your tour, but also spend two nights in its foothills; at the Arenal Paraiso Hotel. A boat trip across Lake Arenal will be a particular highlight of your holiday.

This part of the world attracts plenty of wildlife enthusiasts. On your 3rd day, youll be taken on a cruise in and around Tortuguero, where youll have the chance to spot monkeys , sloths and various brightly coloured birds and on day 6, youll be in Cao Negro; a wetland habitat great for spotting exotic bird life.

Even more impressive flora and fauna will be on display towards the end of your trip, on day 8, when youll explore the cloud forest at Monteverde. This lush rainforest is home to the famous quetzal bird, which you might spot from one of the many wooden walkways that will take you through the rainforest canopy. Your flight back to London will be on day 11 and were in no doubt that youll return feeling relaxed and full of wonder. Let’s take a look at the final spot for thetop 5 touring holidays you need to experience in 2019 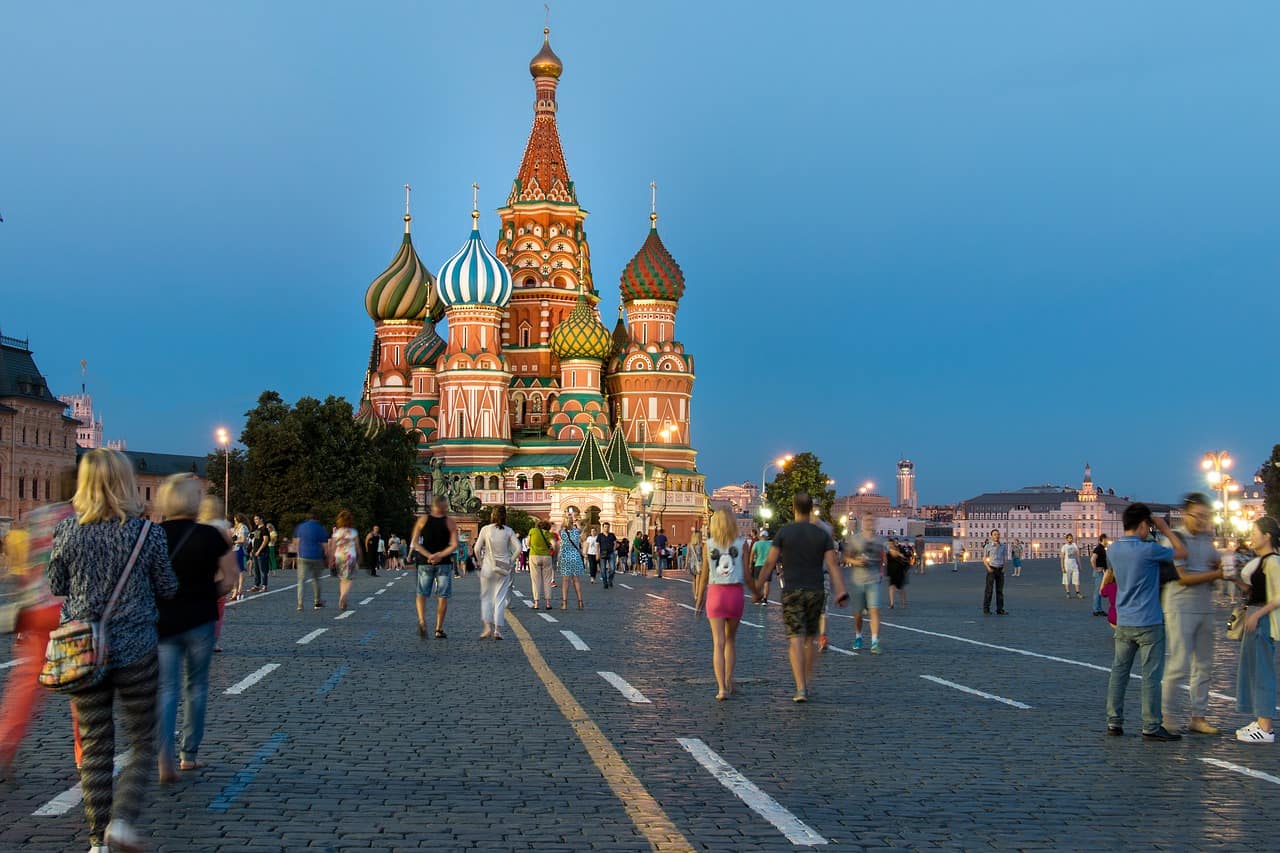 Last but not least in our list for the top 5 touring holidays, Russia is immediately recognisable all over the world. From the Kremlin to the magnificent palaces, this tour encompasses a thorough exploration of both Moscow and St Petersburg. This is a unique chance to gain great insight into Russian history, heritage and legacy.

Theres a lot to see, but your personal tour guide will be on hand to ensure you get to where you need to be and visit every destination on your schedule. Just some of the incredible sights you can expect to view include St Basils Cathedral, the Cathedral of Christ the Saviour and Gorky Park, not to mention the Kremlin itself, Cathedral Square, the Tretyakov Gallery and one of the most significant landmarks in Russia; the Sergiev Posad. While youre in Moscow, youll be staying in the Taleon Imperial Hotel.

The second half of your trip will be spent in St Petersburg. Naturally, one of your first ports of call will be the infamous gallery; the Hermitage. A tour of Catherines Palace at Pushkin also makes for a fascinating day trip. On top of this, youll have time on your hands to explore St Petersburg on your own; do some shopping in Nevsky Prospekt and take in the views from Vasilievsky Island. This is an exhilarating, yet safe way to explore two major cities of Russia and gain plenty of interesting facts about Russias history and culture.

If youre interested in any of the top 5 touring holidays weve mentioned here, or youd like advice on other Cox and Kings tours, please give the Aspen Travel team a call. Well be able to answer all your questions and help guide you through the booking process.