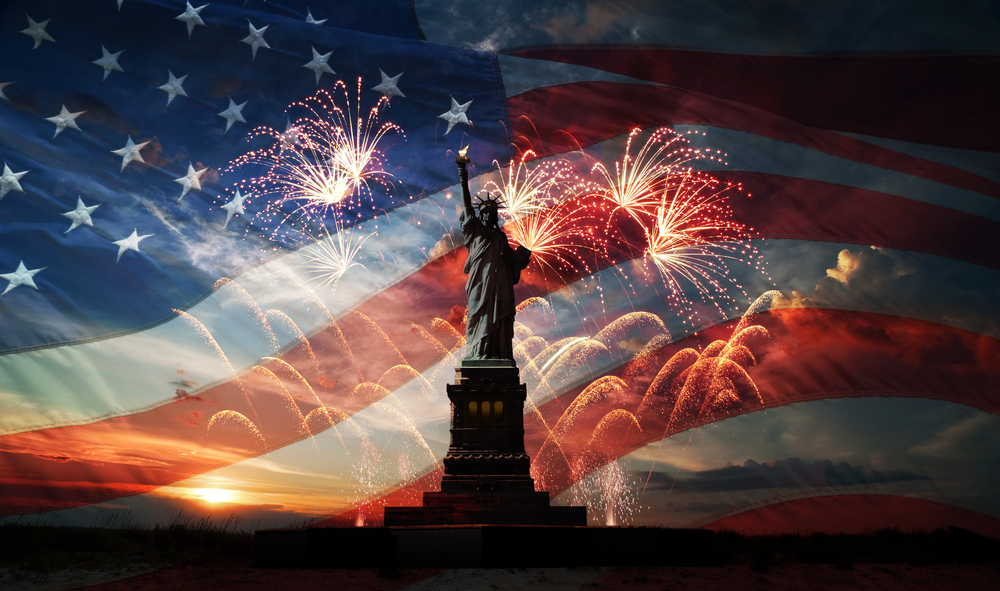 On the 4th July in 1776, the new European colonies, who had travelled across the Atlantic to settle in North America declared themselves independent from England. This was an important moment in history for Americans as it led to the forming of the USA. Each year this event, known as Independence Day, is celebrated with parades, community picnics and plenty of fireworks in every town in America.

Hot dogs and BBQ food is consumed in vast quantities, the local baseball game is a must-see and bands line up to play open air concerts. There’s a patriotic party atmosphere, with everyone determined to enjoy themselves and relax on this national holiday.

Would you like to find out what the 4th of July celebrations are all about? Would you like to revel in the biggest annual, national party in the USA and take in all the sights and sounds of the carnival as it unfolds around you? Our team at Aspen Travel can help you get there.

We offer a huge number of luxury all-inclusive packages to the USA, which range from escorted tours with a personal tour guide, to stay and explore holidays, which will allow you to gain a more extensive insight into a particular area. Our tour providers are all big international names in luxury travel, such as Titan Travel, Collette Worldwide and Club Med, to name just three, so you can be sure you’re in safe hands.

If you’re a food, music or canyon enthusiast, you might enjoy one of our themed trips, allowing you to fully immerse yourself in the cuisine, musical landmarks and natural history of a variety of picturesque regions. Let’s have a look at where you can experience some of the most spectacular 4th of July parades and parties. 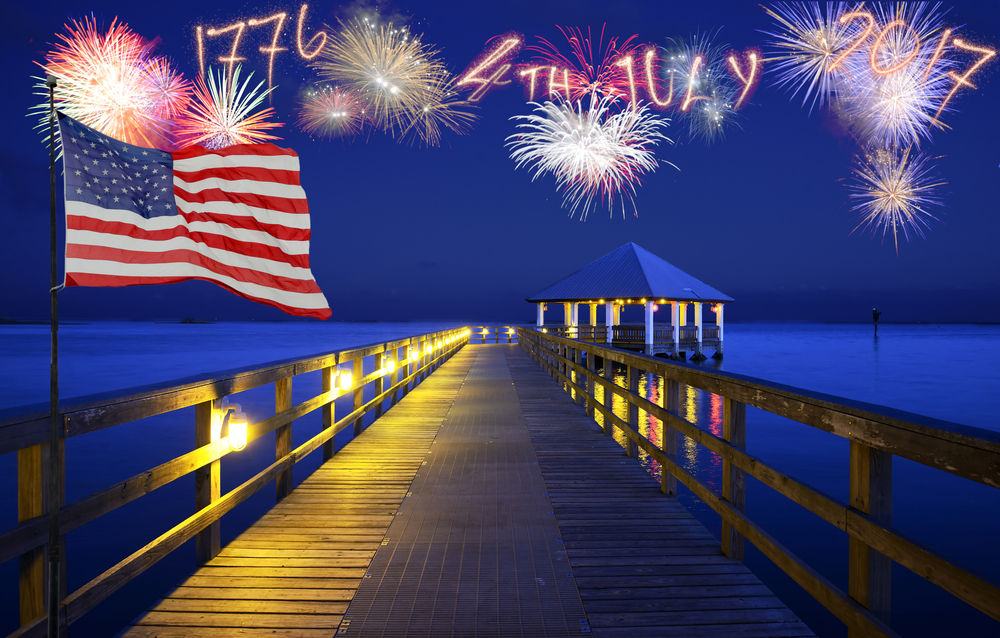 Fancy using Club Med’s exclusive luxury resort, Sandpiper Bay, as your base? Not only will you be close to the theme parks, but you’ll also have state of the art sporting and leisure facilities on site, a variety of restaurants and bars in which to wine and dine yourself, and a large, comfortable room in which to sleep.

Fireworks over Tampa Bay is a well known sight here, best enjoyed after you’ve watched the traditional Sarasota boat races. There are also notable firework displays over the Gulf Coast and Naples, all choreographed to music. If you’re travelling with the kids, they’ll no doubt be thrilled by the prospect of watching a special 4th of July firework display in Disneyland itself and you won’t be disappointed.

For a food experience in Florida during the 4th of July, you’ll need to head over to the Key Lime Festival in Key West. This is the biggest food festival of the year in this region and will be accompanied by live music and some of the best hot dogs you’ve ever tasted! 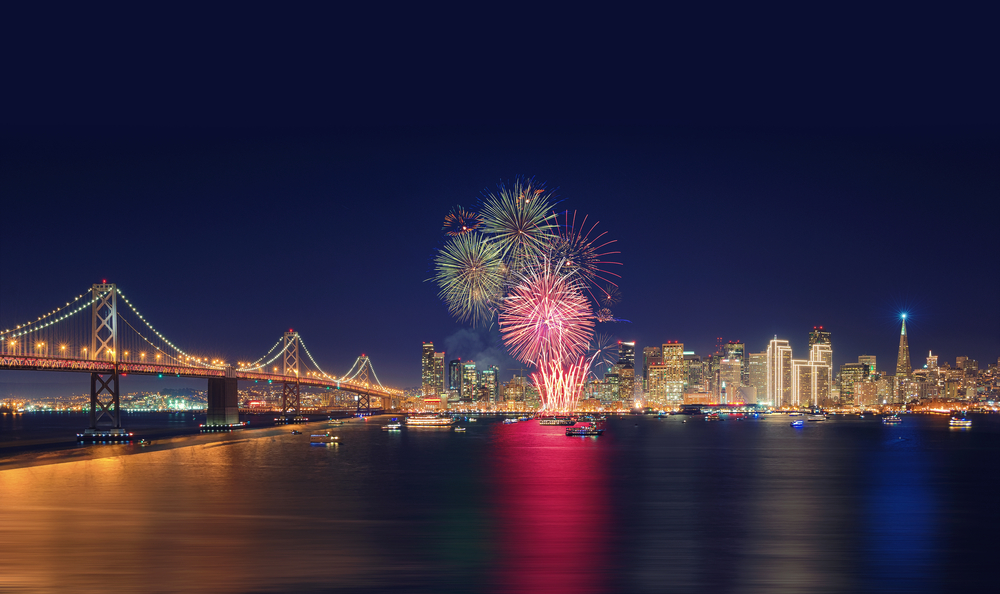 Want to explore the West Coast of America? Why not tie a 4th of July party into a trip to California. A night spent watching the fireworks light up the skies over the Aquatic Pier in San Francisco or Lake Tahoe is one you’ll always remember. If you’re looking for something a little more glitzy, you might want to check out the variety of bands playing at the Hollywood Bowl. It’s worth noting that if you’d like to camp alongside the many other revellers in a state park during this time of year, you’ll need to make your reservations in advance.

We offer a number of escorted tours around Los Angeles and San Francisco, as well as the more rural vineyard-heavy regions of California. To find out how you can fit in a 4th of July Festival on the Gold Coast, please give us a call on 0161 755 3081 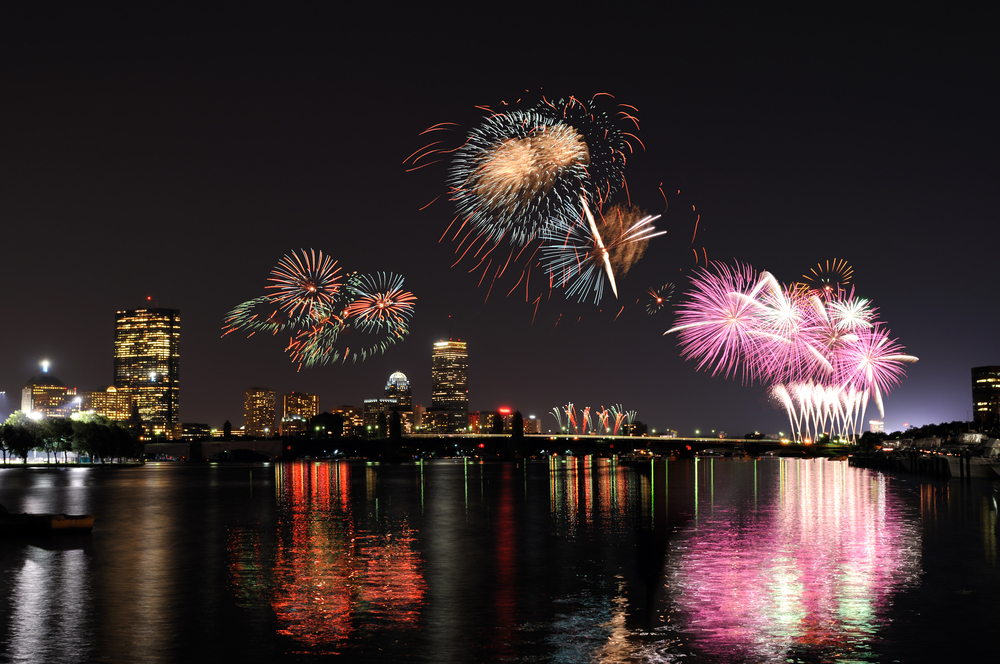 New England isn’t only about the Fall. The 4th of July celebrations here are among the most traditional in the United States, given that this is where the founding fathers settled, when they sailed from England on the Mayflower. The festivities in Boston, Massachusetts include vast picnics, real cannons firing and church bells ringing, as well as impressive parades and firework displays.

The parade that takes place around Bristol harbour is the oldest in the country, while the quaint fare on East Woodstock Common is perhaps the most charming. You can take part in pie-eating competitions, treasure hunts and guided crafts, learning how to light a colonial fire, or weave a traditional pilgrim basket.

Like your Independence Day fireworks accompanied by Jazz in New Orleans, Blues in Memphis, or country music in Nashville? All of this can be arranged. There’s nothing quite like seeing the sky reflected in the Mississippi River from the Deck of the Creole Queen, or an authentic paddle steamer.

Walking around the French Quarter, checking out the myriad of music venues is an exciting experience in itself, but combine that with a few creole meals, or a couple of days at Essence Fest; the festival of African-American music and you’ll find it’s a heady and exhilarating mix. Many of the escorted tour packages we offer here will include entrance to iconic music landmarks, exclusive gigs and even a cooking lesson to learn how to create a spicy fusion-style delicacy to impress your friends back home.

The Grand Canyon on the 4th of July 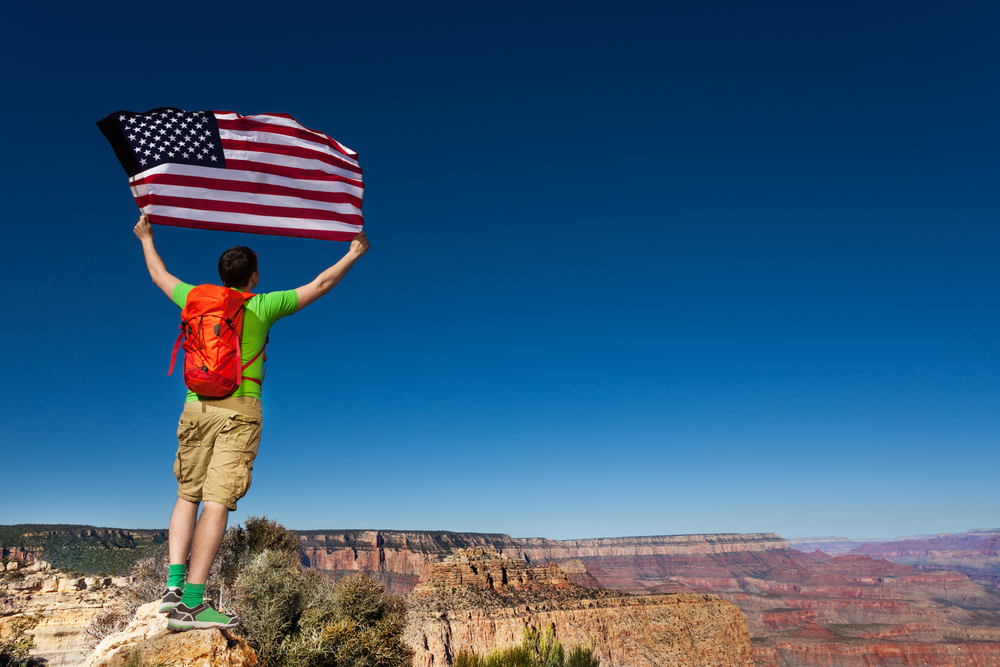 Imagine visiting one of the great wonders of the world, during one of the Western World’s most widely celebrated public holidays! You’re expectations should be very high and with good cause. There are parties and parades on every side of the Canyon, including a laser light show in Sedona, an americana parade in Williams and an art extravaganza in Flagstaff. You’re not too far from Las Vegas here, so it’s entirely feasible to carry on the party after the 4th!

The Macy’s 4th July parade is one of the most renowned Independence Day parades in the whole of the United States. Huge floating heads and a carnival atmosphere through the iconic streets is just a tiny part of what makes up the huge festival that overtakes Manhattan. You can expect plenty of baseball, BBQ food and live music in numerous venues around the city.

If you’d like to take a holiday in the USA next year to coincide with the 4th July Independence Day celebrations, please get in touch with the Aspen Travel team to talk about your preferences. If you’d like to take a holiday to the USA this year, we’d be happy to discuss the packages that are going to best suit your expectations and budget. Please give us a call or send us an email.