The Western film genre has enjoyed a successful update recently via the addition of several hundred, extremely lifelike robots! Westworld , now on its second series, has captured the imagination of box set fans all over the world and in its wake, weve noticed an increased interest in cowboy film set destinations.

Travelling to Moab in Utah, Monument Valley in Arizona or the Alabama Hills in California will give you a real sense of the American frontier lands, but if youre looking to spend less and reduce your travel time, you might prefer to head over to south-east Spain and visit the authentic sets of the original spaghetti westerns.

Almera is home to three major film sets, where such classic films as A few Dollars More, The Good, the Bad and the Ugly, and Once Upon a Time in the West were filmed. Everything you love about the dramatic Westworld setting; the shoot outs, cattle drives and ranches are all here to explore, just a two hour flight away from the UK.

Here at Aspen Travel, we offer a number of luxury all-inclusive packages that will take you to this beautiful area of Spain, help you explore the region, its gastronomy and give you a huge menu of leisure activities to enjoy, along with a personal tour manager to boot. You can immerse yourself as much or as little in the cowboy lifestyle here, which is handy if its your partner whos the Western obsessive. You can simply take yourself off for a tour of Andalucia on days when you dont fancy being a cowboy! 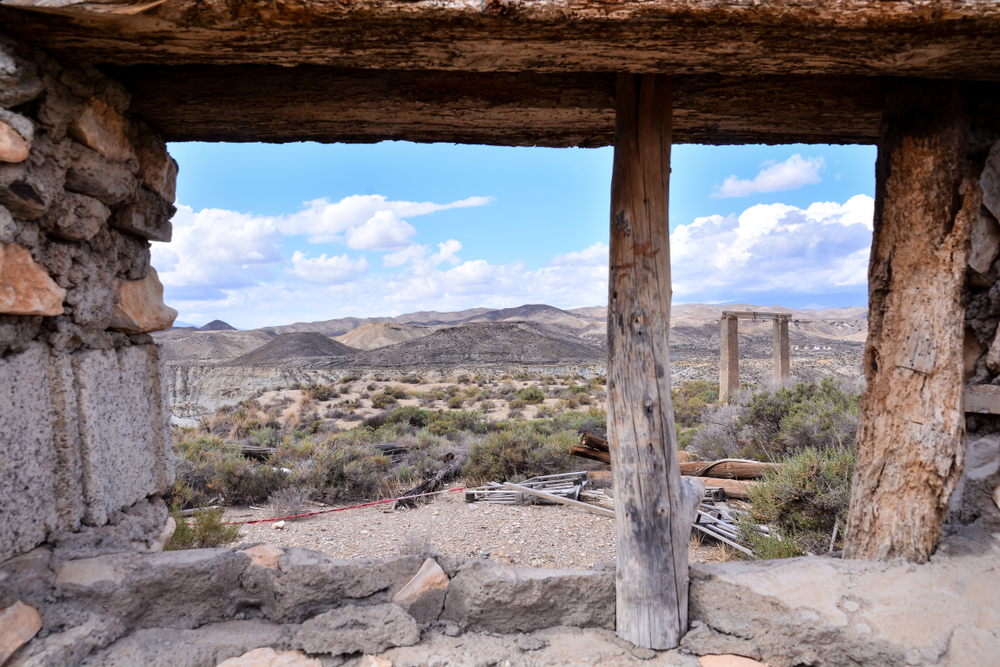 During the 1970s the Spaghetti western genre was at its peak. It was so-called, because although the films were shot primarily on location in Almera, they were put together in Italian studios. Today there are three cowboy theme parks to enjoy. (You cant get much more Westworld than that!) Youll visit original sets, get a feel for the kind of backdrop against which cowboys survived and make the most of the entertainment laid on for you.

Fort Bravo was where The Good, the Bad and the Ugly was filmed and the set remains unchanged. Youll wander through the saloon and shops, visit the bank and the stables and even get a peek into the jail, as you make your way from one end of the square to the other. Western Leone is home to the set Sweetwater, which was the name of the town in Once Upon a Time in the West. The infamous Sweetwater was so popular among Western fans, that it was recreated as part of Westworld and is home to one of the shows main protagonists; Dolores.

The biggest park however, is the Oasys Theme Park. Known as the largest mini-Hollywood site, it was the set for a number of different films and provides over 30 hectares for you to explore, filled with hundreds of varieties of flora and fauna. Lovingly restored, youll not only see the sets, but also be treated to a gun fight in the town square performed by actors, watch an outlaw being punished outside the sheriffs office and enjoy a cancan dancing show at the Yellow Rose Saloon.

There are a couple of museums on site; The Wagon Museum and The Cinema Museum, which are dedicated to Western photographic, cinematographic and prop memorabilia. See with your own eyes the wagons used by Clint Eastwood and Gary Cooper.

The great thing about the Oasys Theme Park is that theres plenty to do for all the family. Once youve tired of the cowboys, you can visit the pool area (there are plenty of slides to keep the kids entertained), discover the cactus garden or talk a walk through the extensive on-site zoo. When you get hungry, theres always the Arizona Restaurant! 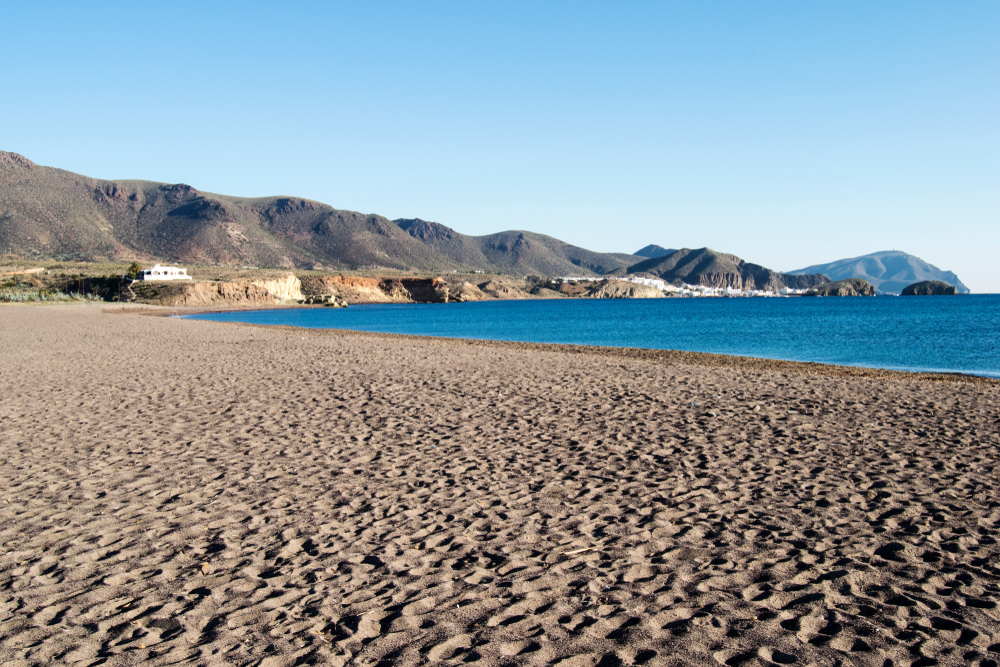 Once youve seen all there is to see on the Western film sets, you might be keen to spend a few days relaxing on the beach. Youre close to the coast here and some of Spains very charming south coast beaches. The southwest Poniente and Cabo de Gata areas are particular favourites. With a climate thats warm for most of the year and the whole area geared up for tourism, youll have plenty of opportunity to top up your tan and enjoy some water sports nearby.

In the city of Almera itself, we recommend you take a tour of the Alcazaba. This is a fortress built in the Arabic style, which has been occupied by both governmental and royal visitors. Its probably the most-visited attraction of the city, with the Castillo de San Cristobal coming in at a close second. The latter is an historic ruin sitting on top of a hilltop and is representative of both its Catholic and Muslim roots. Plus it offers a great view of the city below.

If youre interested in the history of the city, you might like to spend a day perusing the local ancient relics at the Museum of Almera, or take a tour of Almeras air raid shelters, which were essential in protecting the population during both the Spanish Civil war and the Second World War. The old town is also well worth a visit. Youll discover the Arabic baths and in Barrio de la Chanca you can walk around the cave houses, built into the hillside, where people continue to reside. This barrio has been immortalised in many works of art, given the number of artists it attracts.

A pleasant day of shopping and relaxing in pavement cafes to enjoy the local tapas is also worth including in your itinerary. Las Ramblas are the tree and fountain-lined streets where youll find vibrant shops, restaurants and playgrounds, through which you can stroll at your leisure. For a more intense shopping experience, youll need to head over to the malls and boutiques of the Paseo de Almera. 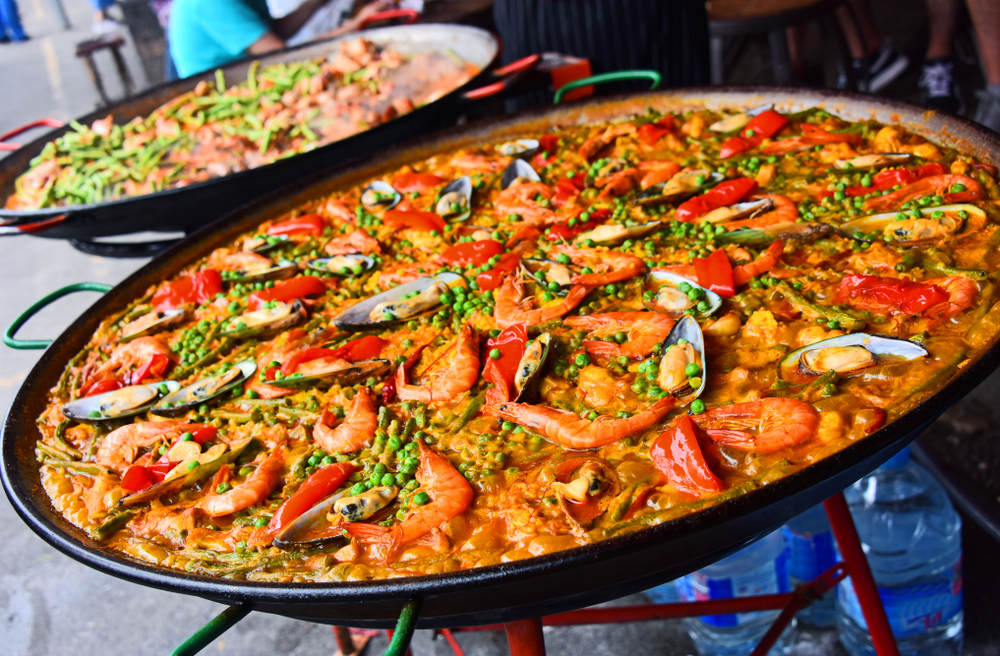 Andalucia is a foodie heaven. With food influenced by its Spanish culture, Arabic history and modern European and African neighbours, theres plenty to tantalise the tastebuds here. A few of the most popular Almera dishes include a spicy fish stew, known as Ajo Colorao, artichokes softened in oil and wine, known as Alcachofas de la abuela and Arroz Calderon, which is a fish and rice recipe with a smoky, peppery taste.

Seafood is delicious and widely available here. Tuna, cod, anchovies, squid and octopus are perennial favourites. If however, youre looking for a sweet snack to have with your coffee, youll love Paparajote; a sweet, fried pastry, although make sure you remove the lemon leaf beforehand. This is just used for flavouring. Pestios are also very tasty. Theyre a dough-based treat, glazed in honey, sesame and sugar.

We offer a range of packages that will take you to Almera as part of an escorted tour, or can be used to extend your visit to Spain, if you already have a specific plan in mind to spend a week soaking up the Western vibe. The best way to find the tour that will suit you is to give our team of dedicated and friendly travel advisors a call. However, to whet your appetite, there are a few tours we can heartily recommend right now.

Sagas Mysterious Morocco and Seductive Spain tour will take you around Andalucia and North Africa, while their foodie tour of Spain will see you cruising along the Spanish coastline, trying a whole host of different flavours. Titan Travel also do fascinating tours which will take in Gibraltar, as well as mainland Spain. Whether youre keen on cowboys, gypsies, warm sunny beaches or the laid-back Spanish lifestyle, Almera has something for everyone. Please get in touch to find out more.